The HMRC and QROPS: A Brief History - QROPS Review 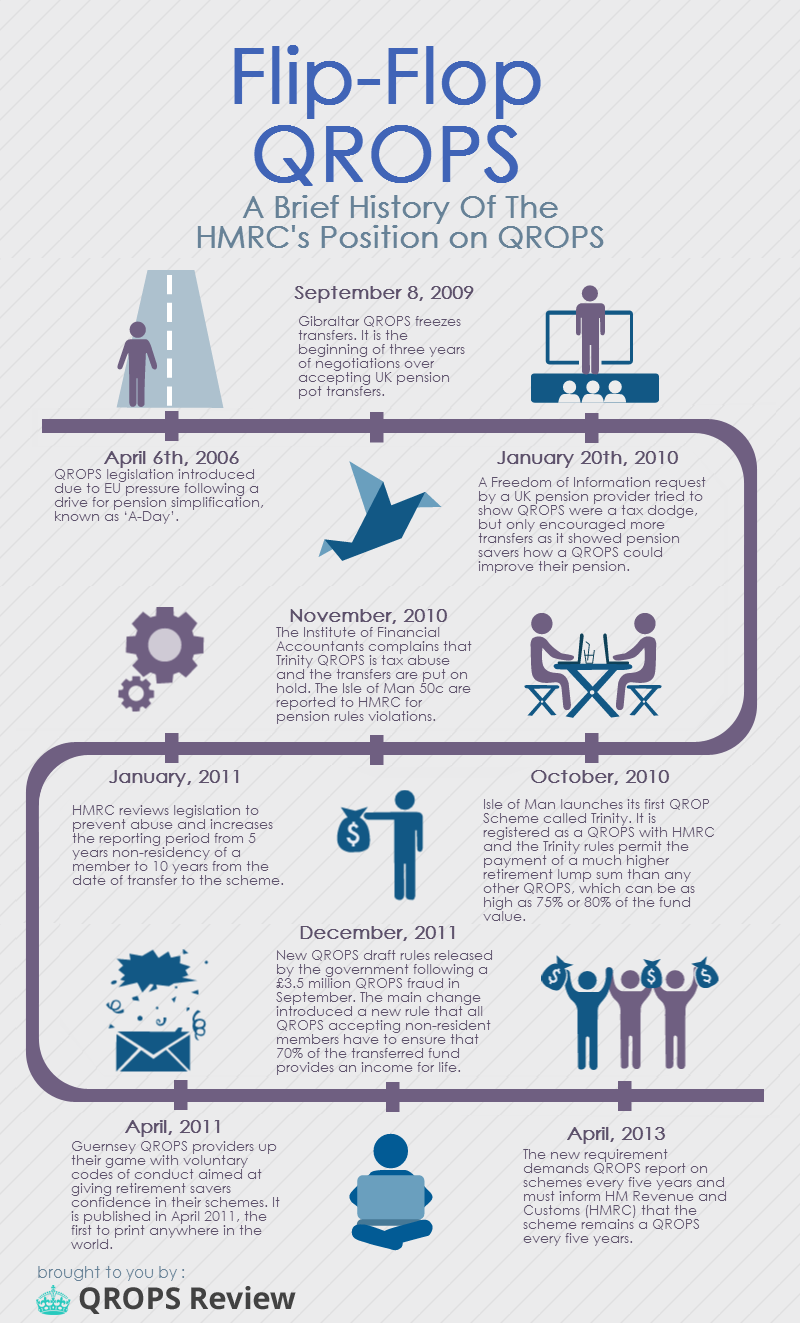 The HMRC’s QROPS rules have helped many people get tax efficient access to their UK pension pots since it was introduced in 2006, but it hasn’t exactly been an easy ride.

This is in no small part due to various complications in the way that QROPS has been rolled out across the world’s various tax regimes, legal disputes lodged against the HMRC on behalf of disgruntled pension holders and numerous alterations to the legislation that makes these schemes possible.

Here we take a quick look at the history of QROPS and the key events which have brought us to the current state of affairs. This is by no means an exhaustive list, but it does give a sense of how rapidly QROPS legislation and management have changed over the last 8 years.

QROPS legislation introduced due to EU pressure following a drive for pension simplification, known as ‘A-Day’.

Gibraltar QROPS freezes transfers. It is the beginning of three years of negotiations over accepting UK pension pot transfers.

A Freedom of Information request by a UK pension provider tried to show QROPS were a tax dodge. The campaign backfired and only encouraged more transfers as it showed pension savers how a QROPS could ease the tax burden their pension would bring.

Isle of Man launches its first QROP Scheme called Trinity. It is registered as a QROPS with HMRC and the Trinity rules permit the payment of a much higher retirement lump sum than any other QROPS, which can be as high as 75% or 80% of the fund value.

Guernsey QROPS providers up their game with voluntary codes of conduct aimed at giving retirement savers confidence in their schemes. It is published in April 2011, the first to print anywhere in the world.

New QROPS draft rules released by the government following a £3.5 million QROPS fraud in September. The main change introduced a new rule that all QROPS accepting non-resident members have to ensure that 70% of the transferred fund provides an income for life.