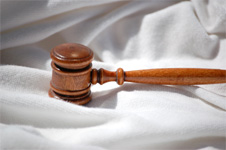 When choosing to transfer a pension away from the UK into a QROPS one of the key things to consider is which jurisdiction to place your pension.

One the unique benefits of a QROPS is that it does not have to be situated in the place you happen to be living at the time. Rather, transferring your UK pension into a QROPS enables you to choose the jurisdiction that will benefit you most now, in the future and in retirement.

There are a number of options to consider, and your choice of jurisdiction should be guided by the degree of risk you are willing to take on, versus the amount of reward you hope to gain from their investment. Three of the most popular; Gibraltar, Malta and the Isle of Man predictably  happen to be the three safest options.

Embed this map on your site: Simply copy the code below and paste it into your web page’s HTML

Offering QROPS since April 2006, the Isle of Man remains the prefered jurisdiction for offshore investors. Considered to be a very low financial risk by major ranking agencies, its consistency and transparency over the years are probably the main reasons for its popularity. The Isle of Man does apply withholding taxes but has Double Taxation Agreements with several prime countries where expats may choose to live, like Australia, Germany or Japan.The Isle of Man is a self governing British Crown Dependency located in the Irish Sea. It isn’t part of the European Union but is one of the world’s foremost financial jurisdictions. Like its counterparts it is on the Organisation for Economic Co-operation and Development white list and has an independent pensions regulator. The Isle of Man also has excellent scores from the major ratings agencies.

Gibraltar is a British Overseas Territory and part of the European Union. Over the past year, this jurisdiction’s investment options have multiplied extremely quickly. It has a very safe financial system with internationally respected regulation by the Gibraltar Financial Services Commision. It has an exceptionally low risk profile politically, financially and economically.

Gibraltar also has a dedicated pension regulator and is on the Organisation for Economic Co-operation and Development (OECD) white list.

Gibraltar levies a withholding tax on pension withdrawals of 2.5% and with no Double Taxation Agreements with other countries you will pay a very small amount of tax.

Malta is a small island nation nestled in the Mediterranean Sea with a proud history and an established centre of finance for the region and the world. It is a member of the European Union, is on the OECD white list and has a dedicated pension regulator which all contribute to its excellent reputation for financial safety, prudence and responsibility. Because Maltese QROPS were originally designed according to British guidelines in co-operation with HMRC, this jurisdiction’s schemes benefit from unimpaired trust from UK investors.

Malta does have a high withholding tax of up to 35% but has over 60 Double Taxation agreements with many of the most popular destinations for expatriates. This means that for most people there is likely to be no tax to pay at all.

Australia currently holds 37% of all QROPS schemes worldwide, and while other jurisdictions are being “de-listed” and suspended, Australia continues to add new schemes every year. With a strong QROPS legislation, investment flexibility and simple estate planning, Australia is a sound jurisdiction for transferring your pension abroad.

With a reputation for integrity and tax efficiency, Ireland offers investors simple estate planning, confidentiality and protection of assets. With more transparency and increasing numbers of schemes, this jurisdiction is a great option for over 300,000 Brits that choose to keep their money close to home.

This Channel Island with robust economy offers premier international financial services. Upholding a tradition of privacy, anonymity and confidentiality, this jurisdiction has a reputation of protecting investors’ assets and offering flexibility and access to global funds.

As of October 2013, several schemes in the Caribbean Islands, Malaysia and Bangladesh have been suspended. While there has been no official statement from the HMRC as to why these changes have been made, investors are left to wonder if they will eventually be deemed compliant with regulations once again.

Earlier this year, pensioners had been charged a penalty of 55% – 75% on the total sum of transferred funds to a QROPS called ROSIIP in Singapore between 2006 and 2008. According to HMRC, the scheme broke stipulated rules, but ended up withdrawing from their legal actions after investors claimed that the transfers were legitimate at the time.

Throughout 2013, QROPS were also suspended in Slovakia and Cyprus.

This means that it is highly important to obtain specialist advice from a trusted financial planner. This is the only way for expats to sidestep the pitfalls and access the benefits associated with transferring your UK pension into a QROPS.

Recent tax compliance review (25/11/2013) by the OECD has deemed four countries four were non-compliant with its tax transparency principles. These were: Luxembourg, The British Virgin Islands, Cyprus and The Seychelles.

The Cayman Islands and Bermuda, two jurisdictions under the spotlight for potential tax evaders,  have signed  a Model 2 UK FATCA” intergovernmental agreement with the UK for greater tax transparency. This move will hopefully raise their security in the near future.