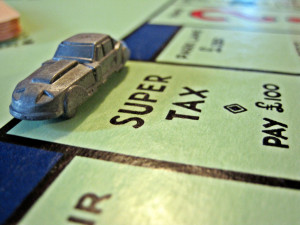 It was feared that the over 55s would withdraw vast sums of money in order to buy Lamborghinis and yachts, leaving their income security in retirement seriously in doubt.

With an average withdrawal of just over £16000 this doesn’t seem to have exactly transpired but the amount of tax that has been paid will shock all good financial planners.

Old Mutual has calculated that a massive £72.8m in tax has been collected by the HM Revenue & Customs as a result of the new pension freedoms. This conservative figure would give an annual tax boost to the government of nearly half a billion pounds – around a third higher than originally estimated.

Pensioners looking to make tax efficient and flexible use of their hard earned pension pots are urged to seek the expert advice of offshore specialist financial planners.

Additional research by Old Mutual also suggests that very few pensioners have been taking up the offer of free guidance through the government’s Pension Wise service. This will leave many accessing their pension savings without any tax planning or investment strategy advice with potentially disastrous consequences.