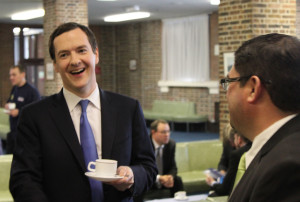 Since the initial announcements in March, the UK authorities have been engaged in detailed consultation with the industry and released interim guidance notes back in July. This guidance suggested that the HMRC and Treasury were keeping QROPS firmly in mind and would ensure that the new rules took into account, and confirmed the continuing viability of, overseas pension transfers.

The new reports stem from a meeting held to discuss the latest draft of the upcoming Taxation of Pensions Bill. This is the piece of legislation that will introduce the new pension rules.

Notes from the meeting, which was attended by representatives from both HM Revenue & Customs and the Department for Work and Pensions, indicate that the new pension rules will be extended to QROPS as well.

An HMRC spokesman said, “The Government recognises that the changes to the pensions tax rules as a result of flexibility will have implications for the rules relating to Qualifying Recognised Overseas Pension Schemes.

“The Government is considering these implications further to ensure that the rules relating to QROPS are appropriate when the new system comes into force.”

James Cartwright, Senior Analyst at QROPSreview.com said, “This is very positive news for people looking to take advantage of QROPS. The new rules are set to make transferring a UK pension into a QROPS an even more obvious choice for people living outside the UK.

“We expect to see an increase in the numbers enquiring about QROPS as the awareness grows of the many benefits of transferring a UK pension overseas.”